Computers are a pain 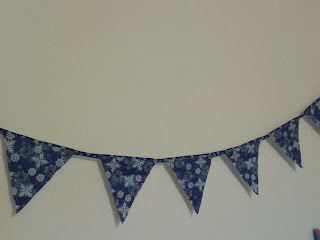 This week I've also had to get used to varifocal glasses , Chris has been away for most of this week (as he was last week) and I'm feeling very behind with orders for 'A Place to Set' and the craft fair on November 30th AnD my mum reminded me yesterday, that it's my step dad's birthday tomorrow!!! I was in the middle of doing the card for that when I had a break in proceedings to wait for glue to dry, so thought i'd do a blog post as therapy.Basically I'm telling you that I'm a bit stressed at the minute but hey, it's the Season of stress = Christmas - bah humbug! 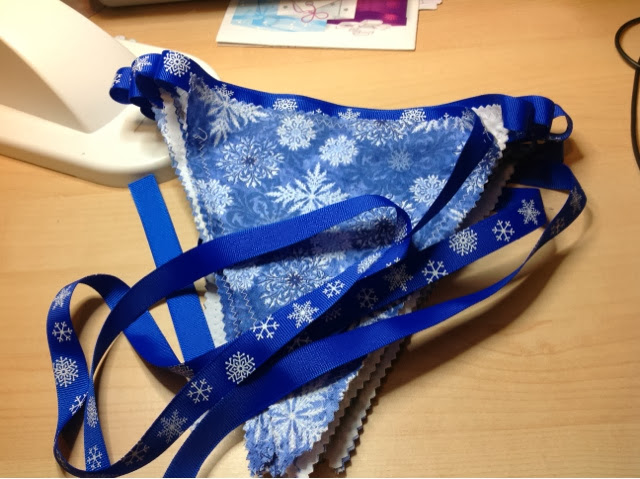 Did any of you see the Children in Need show last night too? I did and realised why I normally don't watch it, although I do donate; it's just such an emotional thing to watch, especially when you're feeling 'off' anyway. Some families have a ton of very difficult things to cope with, so it does help put my own little concerns into perspective for me.

That photo is of some bunting I've  finished today, as the ribbon arrived. I do have to confess to loving that ribbon. It's grosgrain which is a weakness of mine; the colour is fab and the width is perfect and the design is exactly what I wanted. I trolled t'internet the other day for what felt like hours but was only about 1, sourcing a few things I need for current projects and this ribbon was about the only thing I found to suit. It's going to go around my craft fair stall and at the rate I'm going it'll have to go on sale too,  as I won't have much else!

Anyway, I'm off now to get this 'ere card done.

Take care out there and don't do as I do,do as I say and don't stress!

Posted by Diane Warburton at 16:38