Today I've been able to make some fun choices. I went to my quilting class with Wendy Deverill. I missed the last class due to being on hols but today's really felt 'jointed', with the group gelling quite nicely. There's only two more left this year, so I'm sure we'll all be a settled group by then.

We were working on log cabin today, which I've done versions of before but this was much more structured than what I've done previously. 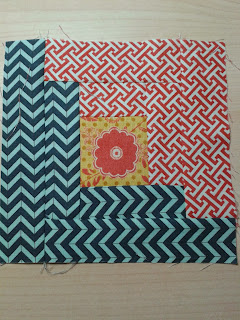 After making this one 6in square block, I went on to make three more exactly the same. What? That doesn't sound so much fun, I imagine you saying but it's a good way to get your confidence and skill up, as you're repeating the same action. They're mostly 1.5in wide strips of various lengths (other than the 2.5in square centre piece), so not too bad for the cutting out either.

With the four blocks all sewn, you then have four choices as how to sew those blocks together to make a 12in block. Which do you prefer?


They've all got good things about them and any would have done the job but I decided upon : 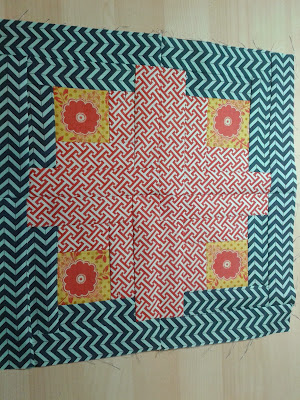 I'm still not sure what I'm going to do with all these blocks I'm making in the classes but it's still fun learning the correct techniques in the friendly, informative environment.

Take care out there
Posted by Diane Warburton at 20:48

Email ThisBlogThis!Share to TwitterShare to FacebookShare to Pinterest
Labels: patchwork