I've received my SU swallowtail stamp today and even Chris liked it and instantly suggested we could use the images on the arch through to the kitchen!! It's such a great size and such amazing detail in it. It also fits perfectly on the width of the arch wall, so watch this space!

My friend Catherine has done lots of gorgeous cards with it and has a crafty night planned next month which will focus solely on the swallowtail. Because I'm so impatient and very cheeky indeed I suggested to Catherine that we bring the night forward a month. For some strange reason she said no, stating the excuse that she'd had less than a week to order the things we'll need that night :-) I hope you realise that I was only joking with Catherine and she's more than used to me. She told me to get on with playing with it and see how I get on for now. Because I'm a good girl, I did as I was told, not that I needed much encouragement.

Now, you will have looked at the photos and rightfully have thought that the stamping isn't very good and that the blending didn't work well in a few places. That's fine as I was playing/trialling/practising with different techniques on these few images I created. They've gone in the bin since then. The reason I'm posting this of imperfect, unfinished items is because this is where a lot of the fun of crafting lies for me. The trialling things out; the playing with things the minute you get them as you're excited, is all part of it. It's almost releasing the child within you; allowing yourself that freedom of expression and creativity. It's time out from any pressures you have in life. Time to yourself, which I think is precious. Because we practise loads we can then create lovely projects because we know better what to expect. The same as my daughter with her piano this week; she's practised really well on a piece for her grade exam, so now she's able to work through it smoother and more fluid than her teacher had targeted her to do. Mistakes are made but she just accepts that and tries again and with that attitude she will master this piece.

I'm sorry about where the photos are displayed in this post but my computer is rather poorly, so I'm having to use the Blogger app on the iPad instead and it doesn't have all the functionality of the website.

Take care out there and play 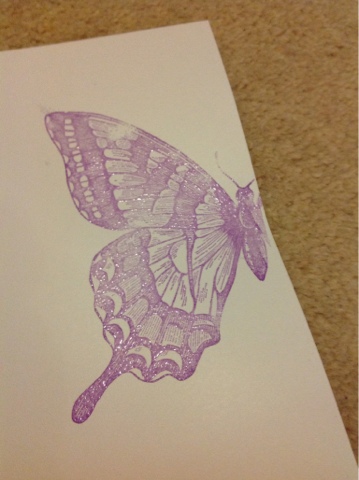 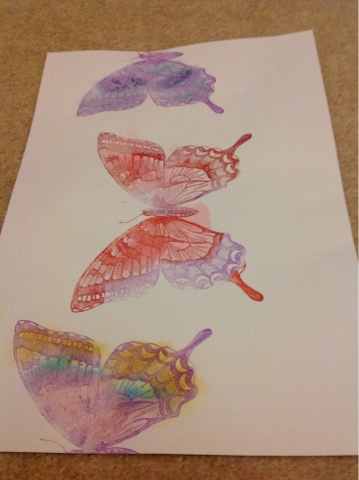 Posted by Diane Warburton at 21:59

Email ThisBlogThis!Share to TwitterShare to FacebookShare to Pinterest
Labels: Stampin' Up swallowtail stamp