Here's a quick post about a card I did for a one year old boy. The original inspiration came from the February 2012 issue of the Cricut magazine; a card by Theresa McKinney. 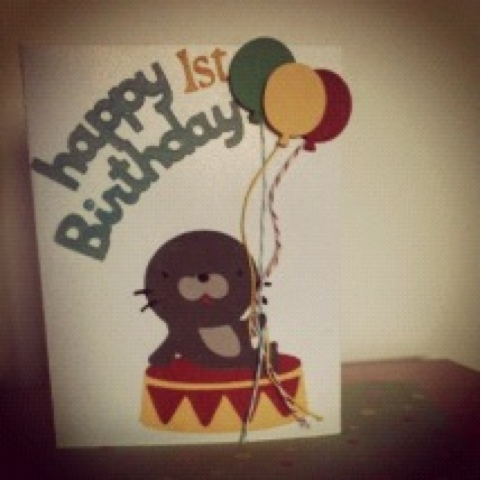 Theresa says to cut the seal pieces at 2.5 inchesbut by mistake I cut mine at 2.25 but that worked better for the additional embellishments I wanted on my card. My card blank and envelope was cut from Plantin Schoobook cartridge at 6 inches, so that's bigger than she used too. I enjoy the double layer of balloons, as that does show detail, which helps complete it properly. The twine for the ballon holds looks so cute too. 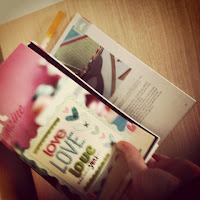 All in all a quick card which I enjoyed making. 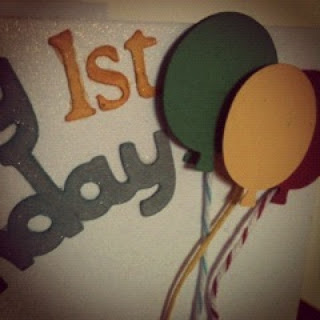 For his present, we've sent a book called Peekaboo Peter about Peter Rabbit. I've put a Stkrit in there, so Maggie can record her reading the book for him. Then whenever Bentley's mum, who is my daughter's half sister, gets the book out, she can use her phone to play that recording to him, so he will associate that book with Maggie. Bentley lives in New Zealand, so unfortunately that's the only way we can make that happen. I think they're a top idea for family and friends who live too far away from each other. You can record videos on it too; which could be put on a scrapbook page to add so much more detail to the story behind your scrapbook photos. The sticker looks a bit like a Q- reader symbol, so if you install their app on your phone, the messages can be very portable. Go have a look see for yourself - www.stkr.it

Posted by Diane Warburton at 05:00